Imagine a possible future where Ron Paul wins the Republican nomination and goes on to beat Barack Obama come November. 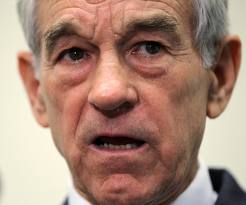 All the establishment pundits tell us that’s implausible, if not downright impossible. And if Paul does win, do you think they’ll eat their words? No way: the papers, airwaves, and cyberspace will brim with grumbles, moans, and howls about the terrible fate that has befallen America and the West.

As usual, the pundits will be wrong.

Of course, Ron Paul has made a variety of promises to make dramatic changes including: abolish the Fed, bring all American troops home, end the war on drugs, get rid of the income tax, pardon all prisoners jailed for non-violent crimes, get the Feds out of the marriage law business, repeal Roe vs. Wade, and cut $1 trillion from the budget.

No wonder the establishment Republicans, Democrats, and foreign policy wonks have declared war on Ron Paul: it’s always hazardous to one’s health to threaten to take away somebody’s rice bowl.

As a candidate, a major attraction decidedly in Paul’s favor is that he appears to be a man who will keep his word. One only has to think of Barack “Dubya” Obama, Mitt “where does he stand today?” Romney or Newt “WTF did he just say?” Gingrich to realize how rare a quality that is in a politician. (Only Gary Johnson, the likely Libertarian Party nominee, has a similar quality.)

Since Paul has been saying pretty much the same thing since before he first ran for Congress in 1976, let’s assume he won’t change his spots if he’s inaugurated next January.

So in this possible (or impossible—take your pick) future, by the end of 2012 America and the world will be a totally different place.

. . . unfortunately for Paul supporters, probably not.

Congress in 2013 will be a slightly different place than it is today. Lacking Congressman Ron Paul in the House of Reps, there’ll only be one vote (instead of two) he can count on: his son’s, Rand Paul in the Senate.

Paul’s budget will go through the normal Congressional meatgrinders and come out the other end looking more like spaghetti that the document that went in.

President Paul will have to veto it.

So it will go back to Congress which, with enough votes to override Paul’s veto, will pass it unchanged just to spite him.

Many of his other promises will face a similar fate. Repealing the income tax requires a constitutional amendment—which has to be proposed by two-thirds of both houses of Congress (or two-thirds of the state legislatures)! Then, three-quarters of the state legislatures must sign on. It’s hard to imagine all those “representatives” giving up their pork barrels. Altruism is something politicians recommend unto others, not something they practice themselves

Alternatively, President Paul could include, as part of his budget, cutting the income tax rate to zero. Like his proposals to end the war on drugs, abolish the Fed, get the Feds out of the marriage law business, and repeal Roe vs. Wade, they all require an act of Congress.

That said, there’s still a hell of a lot President Paul can do. After all, American presidents since Lincoln (if not before) have firmly established the precedent that presidents can rule by decree (ah . . . “executive orders” in politically correct speech) whether Congress or the Supreme Court likes it or not.

So President Paul could repeal all the decrees  he doesn’t like, bring all American troops home (along with the “drug warriors” around the world)—by decree. Congressmen can scream all they want: after all, most of those troops were stationed abroad without Congress’ direct approval, so how can they disapprove if Paul brings them back?

But Congress isn’t the only opposition President Paul would face. As president he could direct the bureaucracy to stop enforcing Roe vs. Wade, the drug laws—and he could even order the IRS to stop auditing tax returns. (Imagine that!)

In theory, that would mean if Californians all want to get stoned and cheat on their taxes, President Paul’s Feds won’t stop them.

They should. But in practice, every government bureaucracy has finely-honed skills directed to achieving its own ends despite the desires of its political masters.

One is the “go slow.” Everyone complains how slow government agencies are getting things done. Imagine how slow they could if they put their minds to it!

And one thing a president cannot do is order a court to do anything. While a law’s still on the books, a court can make a judgment which goes again a president’s expressed desires.

But a president has the power to pardon anyone convicted of a federal crime. How long do you think the police would bother prosecuting, or the courts trying, someone they knew would be pardoned immediately after they were convicted?

And then, while President Paul is doing his best to ensure that all those laws are not enforced, what will Congress do? Pass a law telling the president he must enforce the law? Go to the Supreme Court and seek a writ of mandamus (Latin for “we command”) ordering the president to enforce the law? (Would the Supreme Court rule that unconstitutional? These, days, who know?)

Whatever Congress, the bureaucracy, the Supreme Court, and the military-industrial complex do, it will be fascinating to watch.

One thing Paul will achieve if he wins: the nature of the policy debate in America will change dramatically and probably forever. For example, if the world doesn’t fall apart after four years without America as the world’s policeman and Californians (and God knows who else) all with their minds blown, the pundits’ prognostications of doom and gloom will look pretty stupid and won’t get much support.

President Ron Paul would be a helluva lot more fun!