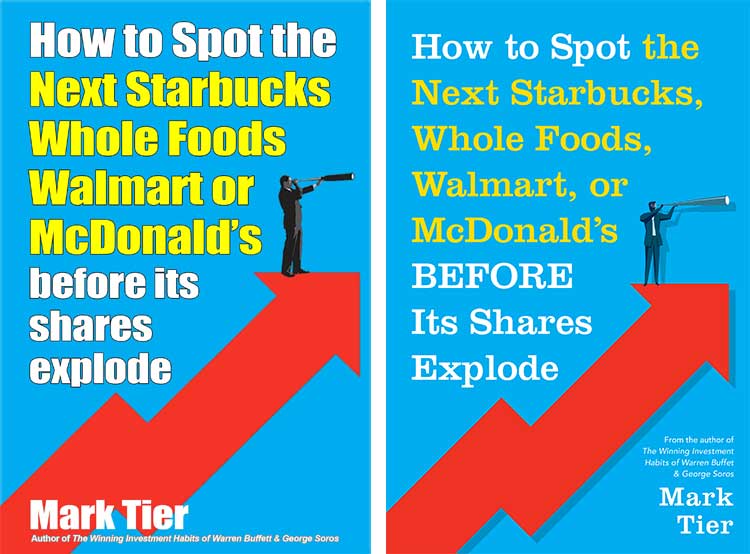 A low risk investment you can virtually buy and forget like Starbucks when it listed: $1,000 invested then is now worth $201,901.18—a hard to believe return of 202 times your money

What, to summarize, are the crucial differences that make the difference between a good company and a great growth stock?

These are the questions that we’ll be examining—and answering—here. The aim is to give you the tools and concepts you need to identify the next startup company that could follow in the footsteps of these four.

Tools that can also be applied to start the “Next Starbucks” yourself.

And with numbers like these, who wouldn’t want to get in on the ground floor?

By comparing Starbucks’ pattern of growth to that of other high-growth companies we can single out the five significant factors they all have in common. The practices that made Starbucks, McDonald’s, Walmart, Whole Foods and their ilk tower above their many competitors.

Once we’ve identified the “differences that make the difference,” they become:

None of these factors is necessarily unique to a growth company. But when you find all five together in one company, you can be pretty confident that you’ve found a great candidate for the next high-growth stock.

But how can you, as an “average-investor-in-the-street,” find such a hot growth stock? Especially when you have no access to top management, no insider information and no hope of getting any, and would rather go to Starbucks than read its annual report?

While it’s not easy, it’s a lot easier than you probably think.

The first step is to appreciate how and why companies that faithfully practice the “5 clues” inevitably outstrip competitors that don’t.

This is the subject of Part I, where we compare Starbucks, McDonald’s, Walmart, and Whole Foods with each other—and with their various competitors that fell behind—to see exactly how and why the 5 clues separate a great company from a merely good one.

In Part II, we apply the resulting framework to see how it is possible to identify a great company—when it is still small.

You’ll end up with detailed techniques you can apply to spot a high-growth stock—and, just as importantly—strike the “Next Turkey” off your list.

Applying the “five clues” to identify the next growth company has a surprising side-effect: identifying the “ingredients” essential for a small business to become a big one becomes a “recipe” for starting a successful business of your own.

Which means: rather than investing in the “Next Starbucks,” you could decide to create it yourself!

Continue to Chapter 1: Why aren’t there any Starbucks stores in Italy?