A Rose by Any Other Name…?
Shakespeare Got It Wrong

“What’s in a name? that which we call a rose
By any other name would smell as sweet”
asks Juliet of her beloved Romeo. 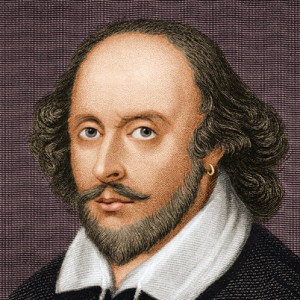 “A rose by any other name would smell as sweet.”

One of Shakespeare’s most famous lines—if not the most famous saying in the English language.

It’s become an aphorism meaning what’s important is what something is, not what it’s called.

This is simply not true. If Romeo had not been named Montague, nor Juliet Capulet, there’d have been no play.

Similarly, Caligula and Medusa implies quite a different story from Romeo and Juliet. And the line “O Caligula, Caligula! wherefore art thou Caligula?” loses all resonance (but might make good comedy).

Shakespeare, the master wordsmith, knew perfectly well that “a snodgrass by any other name . . .” simply wouldn’t cut it. Beauty, romance, and Juliet’s feelings for Romeo are all embodied in that one word, rose.

You have no idea what “snodgrass” is (nor do I!)—but you KNOW it stinks: the very word itself smells.

One evening I was standing on a street corner waiting for my girlfriend, holding a big bunch of roses. Every woman who walked by smiled. Every single one. It wasn’t me they were smiling at; it was the roses and memories or hopes they evoked.

Give your sweetheart snodgrass on Valentine’s Day and you’ll never get laid.

Everyone uses words to convey a certain meaning. Good writers also use words to bypass the left brain and evoke all those emotional associations—and are at least subconsciously aware that a rose by any other name does not smell as sweet.