Who Owns Your Money?

If you think you do,
think again 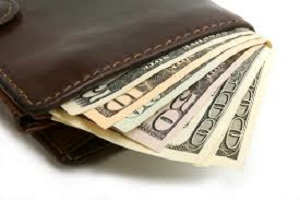 Back in 1975 I promoted my investment newsletter in Australia with a very successful ad headlined: How To Open A Swiss Bank Account.

At the time, thanks to Australia’s exchange controls, sending or just having money overseas without the central bank’s permission was decidedly illegal.

Thanks to that ad, I had lots of fun. I was once invited onto an afternoon talk show. At one point the host asked the 99% female audience if they wanted more. Their answer was a resounding “Yes!”

At the end of the show I was asked whether I had a Swiss bank account. I came up with one of my more creative responses—to audience approval:

On another occasion I was called into the Reserve Bank—Australia’s equivalent of the Fed. Two bureaucrats read me the riot act and when they finished I simply asked them:

“What about all the politicians, not to mention bureaucrats, who have Swiss bank accounts?” I asked. “What are you going to do about them?”

When you own something, you have complete control over its use and disposal. Whatever you want to do with it, you are free to choose.

Exchange controls are not just a restriction on your ownership of “your” money, they mean it’s not really yours at all.

Back when I was running my How To Open A Swiss Bank Account ad I met a young guy from Sydney who, inspired by the ad, went down to his bank to send some money to Switzerland. The bank teller said he couldn’t: “It’s illegal.”

“This is my money,” the young man naively responded.

Also back in the 70s, when it was illegal for a British citizen to take more than £50 out of the country (exchange controls again), a friend on the way to Paris from London was stopped on his way out and his American Express travellers’ checks, $400 worth, were confiscated for exceeding the limit.

Exchange controls have, thankfully, mostly disappeared—as long as you don’t carry around large wads of cash or attempt to take more than $10,000 across a border.

For the average traveller, that’s certainly an improvement. But that doesn’t imply the big picture is any better.

For example, in the United States if you’re stopped by the police and found to be carrying a large amount of cash (the definition of “large” being decided by the cop in question) it will most likely be confiscated. After all, who but a drug dealer or other criminal would be carting around wads of $100 bills?

And then, have you ever had a notice from your bank saying your account is inactive? (Or worse, just showing up at the bank to withdraw some money to be told you can’t?)

Banks are supposedly warehouses where you can store things.

Not any more: they’ve become unofficial extensions of your friendly tax man.

If you don’t use your account on a regular basis for a year or two or three, the bank might start charging you for the “privilege” of letting them lend your money (or what’s left of it) to someone else.

To me, that’s outright theft.

Surely, from the bank’s point of view, it’s more profitable to have your money just sitting there, with none of the costs associated with processing cheques or other transactions.

But there’s worse to come. If your bank account has been inactive for a certain number of years, the government just grabs it.

You have no recourse.

But that wasn’t enough, apparently.

Rumor has it that currently the Australian government, still strapped for cash, is thinking of “tapping” the $2.05 trillion Australians have tucked away in superannuation funds for their retirement.

I’m sorry. I shouldn’t be so impolite. They’re talking about “revising the rules” . . .

Amounts to the same thing.

And remember what happened in Cyprus a few years ago?

To “survive” a financial crisis in 2012-2013, the Cypriot government simply imposed a one-time tax on all uninsured bank deposits in the country. An estimated 48% of all deposits over €100,000 were just grabbed.

And then, to top everything, there’s the ultimate “Grand Theft”: the replacement of the “old” paper money with a new one.

All of a sudden, the old paper money is valueless. And if you want to exchange more than a “permitted” amount, tough luck.

Think that none of these things could ever happen to you?

Well, if you live in a country where the government regularly runs a surplus by spending less than it “grabs,” and is as penny-pinching as a housewife on a tight budget, then probably not.

But if you live anywhere else and you think you own your money, I suggest you think again.

Big Brother isn’t just watching you: he’s always on the lookout for ways to squeeze more “pips” out of your wallet.