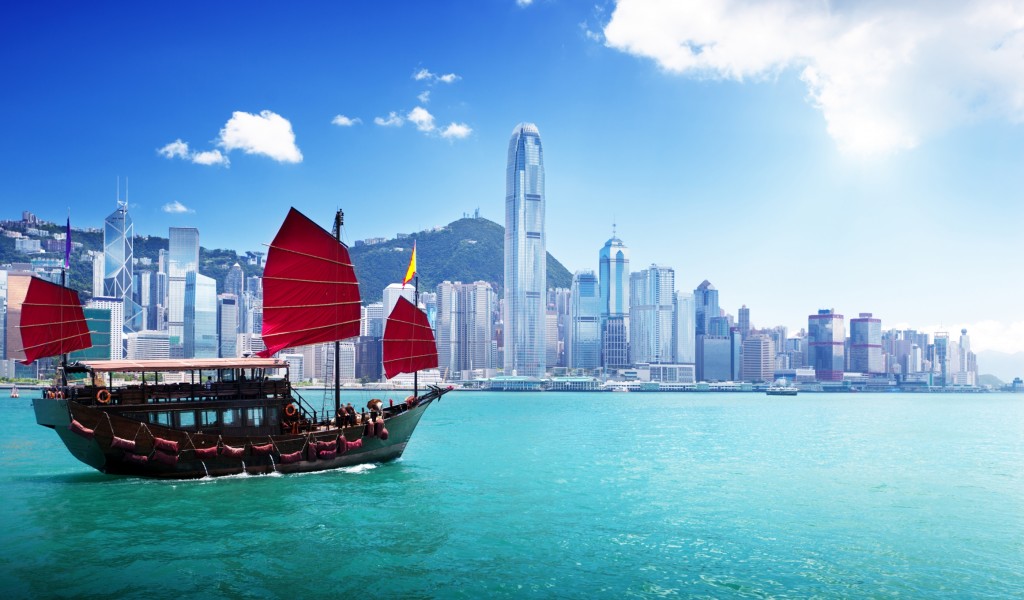 How the free market freed women
and entrepreneurs in Hong Kong

The visitor to Hong Kong today sees a bustling hive of energy where even the New Yorker is a slowpoke. It’s a place where people of all races and cultures live and work in harmony. It’s also a place where, long before the change of sovereignty from Britain to China in 1997, the gweilos [“long-nosed barbarians”] were being displaced in all spheres of human action by locals.

Hong Kong is one of the most successful multi-racial societies in the world. But this is a relatively recent development.

The major difference between Hong Kong and other peaceful multi-racial/multi-ethnic societies like the United States (or Australia) is that in the US minorities, over time, lose their separate tribal identities and become members of a single tribe: Americans.

There remains some differentiation based on whether your ancestry was Irish, Polish, African, or Asian. But by the third or fourth generation, all these groups share one thing in common: they are culturally and linguistically Americans, and have lost the language and to a large degree cultural affinities of their parents or great-grandparents.

But in Hong Kong, the different ethnic, linguistic and national groups maintain their separate identities: there is no (or very little) “absorption” of minorities into the Chinese majority.

The best example is the Indian minority, which has existed in Hong Kong almost since the British arrived in 1841. More than any other group, including the Chinese, they have resisted “westernization” and kept their original cultural, linguistic and religious traditions more or less intact.

Historically, Hong Kong shares many similarities with other former British colonies. First, of course, is the British heritage of common law. Second, a history of racial inequality (“dogs and Chinese not allowed” — actually a sign on a park in Shanghai, but it applied just as much to Hong Kong): white was superior to yellow because the reins of power were, of course, in British hands.

But racial [or tribal] prejudice went far deeper than white vs. Chinese. Indians kept to themselves (and, as a continuing minority, remain the most culturally cohesive, and “unwesternized” group). In the 1950s and ’60s, Eurasians were despised by both whites and Chinese (any Chinese girl seen with a gweilo was, “by definition,” a whore). As a result, Eurasians (like Indians) formed a separate community and lived in specific area.

And then there were tribal divisions amongst Chinese, based primarily on dialect [language].

Until the 1950s and early 1960s, Hong Kong’s social structure was a replica of Britain’s class system, except that “class” was defined by “race.” Whether in government or business, the Chinese were second-class citizens in their own country. In the police force, for example, a Chinese could get to sergeant, while all the officers were British. In the British “hongs” which dominated Hong Kong business, an invaluable — and highly rewarded — employee was the “compradour,” or the Chinese go-between who mediated and negotiated the business affairs of the company between the British managers (who spoke little or no Chinese) and the Chinese employees and suppliers. But no way could a Chinese become “taipan.”

Naturally, the Chinese resented being the underclass, and riots and strikes broke out occasionally, especially in the years following the 1911 revolution in China.

There was one important exception to this general rule that the tribes and races didn’t mix: in the marketplace.

While a Chinese or Indian could never become “taipan” in a British “hong,” he could start his own “hong” — and even put the British out of business. The legal system of common law and property rights meant that the arena of the marketplace was color-blind. And, of course, the “language” of the marketplace — money, profit and loss — has no terminology for tribe, or race, or prejudice.

The liberation of the
Chinese woman

As the 1950s began, the tribes of Hong Kong remained separate and apart socially. In business, price and quality were the only considerations. Banks would finance a promising entrepreneur — even if they’d never invite him to tea.

In all societies — except the mythical Amazons — woman was subservient to man. And so too in China. Daughters were always less valued than sons — often, female children were (and sometimes still are) killed at birth, especially if times were hard. A new wife moved in with her husband’s family, where, often, she was treated not much better than a slave — especially by her new mother-in-law (until, of course, she became the mother-in-law). No woman could become an official of the empire because only men could take the all-important civil service exam.

In Hong Kong, this Chinese “cultural” attitude to woman was, in one aspect, recognized in law. Chinese men (but not men of other races) could keep concubines (“junior wives”) and take tax deductions for them and their children on the same basis as the first wife. This provision of the law lasted until the early 1970s.

Most tribal and other barriers were not legal but social, as each cultural group maintained its own customs despite the “challenge from the marketplace.” One “index” of this change (or “westernization”) was dress.

One factor was economic: Hong Kong had become a source of cheap textile products for export to the west. But only in the 1960s, within Hong Kong, did ready-made western clothing become cheaper than the tailor-made Chinese.

More important was the effect of rising affluence on the freedom of the Chinese woman (and, of course, on the freedom of all other individuals). As more women were employed at higher rates of pay, they achieved the economic independence to escape the cultural restrictions imposed by the Chinese male. Or, in the specific context of any individual woman, the restrictions imposed by her parents.

With no government-imposed impediments to any person choosing to live where they wished, with whom they wished, only cultural barriers remained to be overcome. Meaning: the disapproval of one’s parents, elders, and peers.

As the Chinese woman was no longer economically dependent on her parents and/or prospective husband, she was now free to reject an arranged marriage; and so free to choose her own partner — or none at all.

She was now free to and capable of moving out of the restrictive life placed on her by her parents. She displayed this new independence in small ways, such as dress; in major ways such as living with someone of a different race; or in perplexing ways, such as starting her own business — hitherto, a completely male domain.

The rise of the Chinese entrepreneur

In 1949, when the communists won China’s civil war, Hong Kong was still a sleepy colonial outpost. The main business center on the China coast was not Hong Kong but Shanghai.

Most of these entrepreneurs, in the main Shanghainese, were already established businessmen. Some had lost all their assets, but using their contacts and talents they were quickly back in business.

But the truly aggressive entrepreneurs came in the “second wave,” from the tens of thousands of people who fled across the border from China to freedom, usually arriving in Hong Kong without a penny in their pockets. People like Fung King-hey, who started Sun Hung Kai Securities, and Li Ka-Shing, who built Cheung Kong — in both cases, from nothing.

Hong Kong also attracted entrepreneurs from all over the world, of all nationalities — in the way that flowers attract bees.

From 1949, although the British “hongs” prospered, it was the Chinese businesses — Shanghainese and Cantonese — which grew most rapidly. This entrepreneurial activity was not confined to a select few. For every entrepreneur who made a billion dollars, hundreds made millions — and tens of thousands made far more money than they could ever achieve as an employee. (Indeed, a major problem in Hong Kong can be getting good middle management staff: almost everyone with an ounce of talent wants to start their own business.)

What allowed this enormous entrepreneurial activity was the laissez-faire attitude of Hong Kong’s British rulers. Hong Kong was in the lucky position of having an indeterminate political future. Since Britain leased the major part of Hong Kong’s area from China, Hong Kong could not become an independent nation. So Hong Kong was spared developments in other British colonies, where Britain aggressively handed over power to local elites, who’d usually been trained in the “virtues” of interventionist, socialist government at the London School of Economics (or, in the case of Idi Amin, at Sandhurst).

As Chinese businessmen grew in numbers and wealth, the social barriers of the adapted British “class” system slowly broke down. British clubs removed their restrictions on admitting members who were not white. Eurasians were no longer pariahs — and inter-racial marriages became commonplace. The “old elite” of British government officials and “taipans” eroded in significance — partly as Chinese became members of this “elite”; primarily as a “new elite” of wealthy Chinese businessmen displaced it in significance.

And, as Hong Kong became a “consumer society,” the dominance of the Chinese increased in all areas — for the obvious reason that the Chinese, being 98% of the population, represented the mass market.

An ironic example is that when the British-dominated government issued TV broadcasting licences, it required each licencee to operate an English-language station: in effect, to subsidize the English-speaking minority. However, the majority of viewers, even for the English-language stations, are Chinese, so programming on all channels is determined by the tastes of the Chinese majority.

The triumph of the
Chinese entrepreneur

The culmination of these cultural changes took place in the 1980s — on the Hong Kong stock market.

In the marketplace, the new Chinese firms — together with American, Japanese and other multi-nationals — came to dominate business. Management of the British “hongs” tended to be sleepy by comparison — living in a world that had long gone where to be British was to automatically be superior.

The 1980-82 recession brought out these weaknesses, and losses or low earnings were reflected in weak share prices. Chinese entrepreneurs were quick to realize their advantage, and snapped up British “hongs” which had fallen on hard times. Sir Y.K. Pao bought out Wheelock Marden; and backed by the Hong Kong & Shanghai Bank (money in a free market, remember, is color-blind) Li Ka-Shing took over Hutchison Whampoa. (The bank was pretty prescient: today Li Ka-Shing is one of the wealthiest men in the world.)

By 1997, only two British “hongs” remained under British control: Swire Pacific (which owned Cathay Pacfic Airlines), which didn’t make serious business mistakes and whose shares are tightly-held by the Swire family; and Jardine Matheson, which only avoided succumbing to a takeover bid through its cross-ownership with another then-ailing British firm, Hong Kong Land.

By the time Britain handed Hong Kong back to China in 1997, to judge by the Hong Kong stock market this transformation was complete: the overwhelming majority of companies that made up the Hang Seng Index of Hong Kong stocks then were locally owned and run.