The saying, “a dog’s life,” harks back to the 16th century when dogs guarded homes and small communities, were fed scraps, slept outside, and had short lives. Its meaning: life wasn’t good. 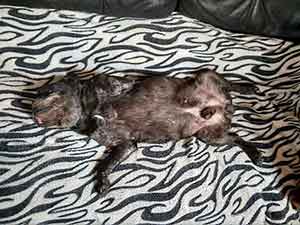 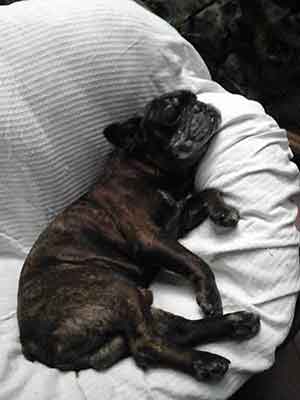 This talented mutt can snore with his eyes open His main exercise: moving from one sleeping position to another

However . . . dogs weren’t the only mammals to have short lives. The average life expectancy of humans 500 years ago was around 35 years.

And if you were a dog in the 16th century, what were your options?

You could hang around your master’s house all day, bark and bare your teeth at the occasional visitor, get free food—and spend the other 20-odd hours a day sleeping.

Beats the hell out of living in the wilds and chasing your own dinner.

In truth, not much has changed in a dog’s life over the past five centuries.

Admittedly, cattle dogs, sheep dogs, police dogs, and guard dogs, among others, have to work for a living. Still, chasing, growling at, and/or sniffing things are exactly what dogs love to do. Hardly “a dog’s life”!

Excluding those countries where dogs are considered a delicacy at the dinner table, the main changes in a dog’s life have been the addition of free Medicare, better food, Pampered Puppies—and they’re no longer required to bark at visitors.

From this perspective the quick brown fox jumped over the lazy dog makes more sense. The fox has to be quick otherwise he starves.

The dog doesn’t have to lift a paw for his dinner. Probably didn’t even notice the fox jumping over him.

Look at this mutt. The ugliest dog in the universe, in my opinion. 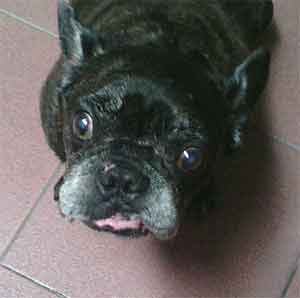 Like beauty, cuteness is in the eye of the beholder.

I’m in a minority of two—only my best friend agrees with me. Everybody else’s reaction: “Oh, isn’t he cute.”

Women go gaga over him. Talk to him endlessly (in babytalk), cuddle him, stroke him―and don’t seem to care that he never talks back, licks his balls, scratches with his sharp claws, so long as he looks longingly at them with his enormous, babylike eyes.

I tried the same strategy myself (as best I could ). All I get for my troubles: “The cat got your tongue?”

Not if you’re a dog.

“A Rose by Any Other Name…”? Shakespeare Got It Wrong
How I Saved Singapore Airlines [from making a BIG mistake]
The Price of “FREE”