How can Twitter, a company losing money—
with unknowable prospects of ever making any—
be worth some $24 billion dollars a week after its IPO? 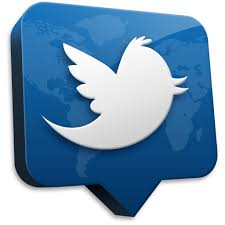 Some friends of mine were discussing this question, postulating a variety of reasons, all boiling down to “there’s something wrong/people must be crazy” or “there’s some outside force distorting the market”—the popular choice being the Fed’s easy money, pump priming policy.

They all thought Twitter was worth next to nothing. But given that Twitter’s stock all but doubled the day of its IPO, lots of other people were willing to pay an arm and two legs to get in on the excitement. So their valuation of Twitter was quite the opposite.

How to make sense of this?

First of all, to quote Ayn Rand: Check your premises.

My friends’ premise—a company that loses money must be worth next to nothing—was clearly, according to “Mr. Market,” dead wrong. Even though logic seems to be on their side.

To figure out what’s going on it would help if we defined our terms.

To intelligently value a company (or anything else), we need to know what “worth” and “value” mean.

“Value,” according to Rand, “is that which you act to gain and/or keep.” (See her full definition here.)

The most important word in that definition is “you.” If John says Twitter’s cheap at $43.98  per share, while Jack says “You’re crazy—ten cents, if you’re lucky,” by this definition they’re both right.

How can that be?

If “value” is something objectively out there, like gravity, only one (or neither) of them can be right.

But if the concept of “value” is subjective, a million people can come up with a million different valuations of the same object—all of them “right,” subjectively.

F’rinstance, Mary loves chocolate; Jane hates it (or, perhaps, what it does to her waistline).

So Mary buys chocolate while Jane stocks up on broccoli.

“Value Makes the World Go Round”

The marketplace works because “value” is subjective.

Every trade, every exchange we make is based on this fact. I go into a café to buy a cappuccino: I obviously prefer the cappuccino to the money I have to pay for it. The café owner has the opposite valuation: she prefers the money (and that’s true even when she also likes cappuccinos).

Similarly, if Mary somehow ends up with a bunch of broccoli while Jane’s been given a bar of chocolate, they’ll both be happy to swap: afterwards, they’ll both be better off, by their own subjective valuations.

Every day, millions of such win-win exchanges take place in the market. If “value” were objective, the market would not—could not—exist.

Is John irrational? Perhaps, if he’s just caught up in the excitement, or relying on the “Greater Fool Theory”—that someone more foolish than him will come along to top up his bank account.

But he could have very sound reasons for his valuation. Reasons that make no sense to the Warren Buffett/Benjamin Graham-style value investor (or my friends), but would make complete sense to speculators like George Soros.

Soros has a complex theory called “reflexivity”—a theory that has made him one of the world’s richest investors. One of his conclusions: the buying (or selling) of actors in the market can change the actors’ valuation of an investment.

While this accords with Rand’s definition of value as subjective, it appears to be contradictory. Let’s clarify this with an example from The Winning Investment Habits of Warren Buffett & George Soros:

In February 1973 Warren Buffett began buying shares in the Washington Post Co. at $27 a share. As the price fell Buffett bought more and by October was the largest outside shareholder. To Buffett, the Washington Post was a $400 million business that was on sale for just $80 million.

But what Wall Street saw was a collapsing market. The Dow was off 40%, and the “Nifty Fifty” stocks such as IBM, Polaroid and Xerox—which only a few years before Wall Street had been happy to buy at 80 times earnings—were off 80% or more. The economy was in recession and inflation was rising. That wasn’t supposed to happen: recession was supposed to send inflation down.

To Wall Street, it looked like the “end of the world” might be coming. This was definitely not a time to buy stocks. Investment professionals saw the Washington Post Co. as stock that had fallen from $38 to $20 a share and which, like the market, could only go down. The “risk” of buying was far too high.

The irony is that the Post could have sold its newspaper and magazine businesses to another publisher for around $400 million—but Wall Street wouldn’t buy it for $80 million!

“Inspired” by gloom and doom, Wall Street’s valued all stocks as “too high,” based on the expectation that the market could only go one way: down.

Because so many investors shared this “gloom and doom” outlook, there were more sellers than buyers, and their valuation became a self-fulfilling prophecy.

A market can enter a stable state of “disequilibrium,” “disequilibrium” being defined as a period where what Mr. Market is willing to pay for a stock has no relation to the value-investor’s definition of value: the present value of a company’s estimated future earnings.

Indeed, both Warren Buffett and his mentor Benjamin Graham recognize this fact, and it’s the basis of their success. As Buffett put it in his 1987 Letter to Shareholders:

Ben Graham, my friend and teacher, long ago described the mental attitude toward market fluctuations that I believe to be most conducive to investment success. He said that you should imagine market quotations as coming from a remarkably accommodating fellow named Mr. Market who is your partner in a private business.

Without fail, Mr. Market appears daily and names a price at which he will either buy your interest or sell you his.

Even though the business that the two of you own may have economic characteristics that are stable, Mr. Market’s quotations will be anything but. For, sad to say, the poor fellow has incurable emotional problems. At times he falls euphoric and can see only the favorable factors affecting the business. When in that mood, he names a very high buy-sell price because he fears that you will snap up his interest and rob him of imminent gains. At other times he is depressed and can see nothing but trouble ahead for both the business and the world. On these occasions he will name a very low price, since he is terrified that you will unload your interest to him.

Mr. Market has another endearing characteristic: He doesn’t mind being ignored. If his quotation is uninteresting to you today, he will be back with a new one tomorrow. Transactions are strictly at your option. Under these conditions, the more manic-depressive his behavior, the better for you.

But, like Cinderella at the ball, you must heed one warning or everything will turn into pumpkins and mice: Mr. Market is there to serve you, not to guide you. It is his pocketbook, not his wisdom, that you will find useful. If he shows up someday in a particularly foolish mood, you are free to either ignore him or to take advantage of him, but it will be disastrous if you fall under his influence. Indeed, if you aren’t certain that you understand and can value your business far better than Mr. Market, you don’t belong in the game. As they say in poker, “if you’ve been in the game 30 minutes and you don’t know who the patsy is, you’re the patsy.”

Both Buffett and Graham only bought stocks when, by their valuation of a company, a dejected Mr. Market was desperate to unload his stocks at what—to them—was a bargain price.

Or, to use Soros’ terminology, when the market was in a state of disequilibrium—on the downside.

Contrary to John, Jack’s valuation is firmly in the Buffett-Graham value-investor camp. Why?

Right question: “What’s Twitter (or anything else) worth to you?”

Believe you have to “predict the market’s next move” to make money? You need to read this book!
March 19, 2012